We all know what blood is. But for those unknown to its medical definition, we can say that blood is an internal body fluid necessary for the body so that it can reach the organs of the body and help them to perform smoothly for the body to live.  Blood is always red in colour in Humans and all living beings.

In other words, “Blood is combination of plasma and cells also body fluid, that supplies sugar, oxygen and hormones to our cells in the body and they carry away wastes from our body by urine and other means.” It circulates through heart, arteries, veins and other organs of the body. Excessive loss of blood amounts to death.

Plasma contains about 55% of blood fluid in humans

According to Medilexicon’s medical dictionary: Blood is The “circulating tissue” of the body; the fluid and its suspended formed elements that are circulated through the heart, arteries, capillaries, and veins; blood is the means by which 1) oxygen and nutritive materials are transported to the tissues, and 2) carbon dioxide and various metabolic products are removed for excretion. Blood consists of pale yellow or gray-yellow fluid, plasma, in which are suspended red blood cells (erythrocytes), white blood cells (leukocytes), and platelets.

The study of blood and its components is called hematology.

Blood helps in maintaining body temperature, fighting infection with help of cells, help in bringing waste products to kidney and clean them and also in forming blood clots to prevent blood loss.

Now that we know what blood is in layman’s term and also medically, let us get ahead to knowing some more about blood in terms of Components of blood and what they do.

There are many blood components. Some of them are Water, Amino Acids,Acetone, Aluminium,calcium, carbon dioxide, citric acid, ethanol, red blood cells, white blood cells etc. Let us look at some of the main components.

What are Red blood cells? How do they work? Red blood cells are tiny disc-shaped biconcave cells. they are also called erythrocytes. They don’t have any nutrients. They are rich in haemoglobin. That is why while donating blood, doctors’ check for haemoglobin in blood which makes it eligible for the donor to donate. RBC’s are made in bone marrow and they live up to 4 months. They are recycled by the liver.

Red blood cells during donation of blood are also used for heavy blood loss during accident, trauma or surgery.  They are known for their bright red colour as seen below. They can easily change shape and fit anywhere where needed in body.

In normal man body, the average number of RBC per cubic ml is around 5,200,000 and in normal woman, the RBC average number is 4,700,000. RBC’s may decrease when you move out to higher altitude level which results in less oxygen and breathing problems.

The liquid component of blood is called plasma. Plasma is a mixture of water, fat, sugar and proteins including salt. The job of Plasma is to transport all these to various parts of the body for better functioning of the body. It is also responsible for removing waste products related to metabolism. 55% of the blood’s volume is made up of plasma. They consist of 91.5% of water and rest with solutes. They consist of nutrients like fats, glucose and amino acids.

White blood cells or WBC’s have no colour or they are colourless. They also have a nucleus. Their main job is to protect the body against pathogens. WBC’s are also called leucocytes medically. They are made up of bone marrow and lymphatic tissue. They make up antibodies in the system.

The white blood cells fight infections in the body and form a part of body’s defence system. WBC’s are given to people medically who are suffering from major infections and when normal medicines are not working.

They are helpful to fight bacteria, fungi, infections when they attack the body by destroying them or swallowing them. Doctors may know that a dangerous infection has entered the body when WBC’s increase in number.

Medically speaking as per Hematology.” The most common type of white blood cell is the neutrophil, which is the “immediate response” cell and accounts for 55 to 70 percent of the total white blood cell count. Each neutrophil lives less than a day, so your bone marrow must constantly make new neutrophils to maintain protection against infection. Transfusion of neutrophils is generally not effective since they do not remain in the body for very long.

The other major type of white blood cell is a lymphocyte. There are two main populations of these cells. T lymphocytes help regulate the function of other immune cells and directly attack various infected cells and tumours. B lymphocytes make antibodies, which are proteins that specifically target bacteria, viruses, and other foreign materials”. 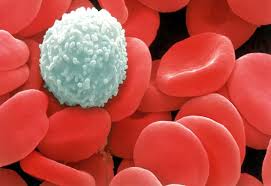 Platelets are small fragments or parts of cells but not cells. They are called as thrombocytes medically. Platelets are produced in bone marrow from stem cells. They help in blood clotting procedure. In case of injury, they gather at the site of injury near the injured blood vessel and help in platform formation so that blood coagulation can occur resulting in formation of a clot which covers the wound and blood leak is prevented. Excessive platelets are not good for body. If they are found to be excessive in the body, it may result in chance of heart attack or strokes. Lower than normal platelets also lead to excessive bleeding.

Platelets are donated by donors to people in need. Here blood is taken out in normal way from the donor and collected where required platelets are transferred to the patient’s body and Non-required blood is transferred back to the donor’s body.

The nucleus is not present in platelets.

Consumer Behavior By Leon G. Schiffman & Leslie Lazar Kanuk : Book
We are back again with a Blood Donation Drive Ahmedabad